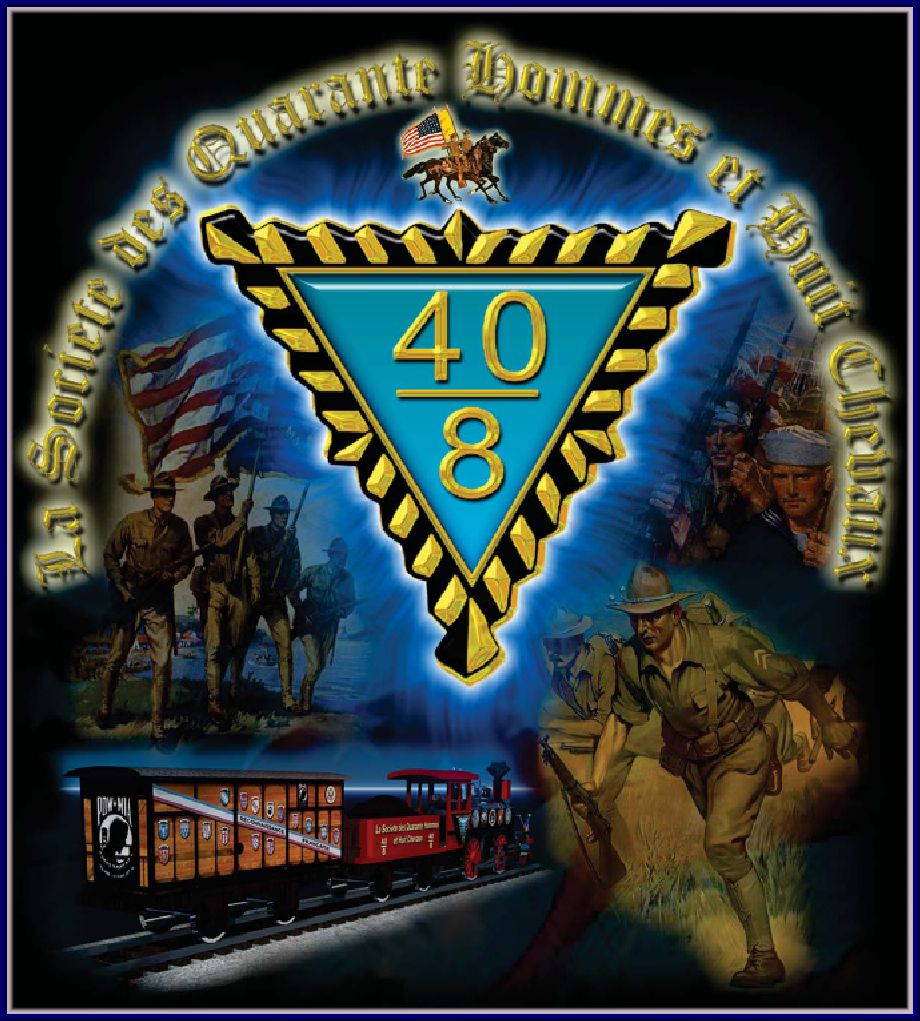 La Societe des Quarante Hommes at Huit Chevaux is an independent fraternal organization of   US Veterans, more commonly known as the Forty & Eight.

The Forty & Eight was formed in 1920 by American Legionnaires as an honor society and from it's earliest days it has been committed to charitable aims. Membership is by invitation for members of the American Legion who have shown exemplary service. All Forty & Eight members are thus Veterans of congressionally recognized wartime periods via their Legion membership.

The Forty & Eight’s titles and symbols reflect it's First World War origins. American servicemen in France were transported to the battle front on narrow gauge French railroads (Chemin de Fer) inside boxcars (Voitures) that were half the size of American boxcars. Each French boxcar was stenciled with a “40/8”, denoting its capacity to hold either forty men or eight horses. This ignominious and uncomfortable mode of transportation was familiar to all who traveled from the coast to the trenches; a common small misery among American soldiers who thereafter found “40/8” a lighthearted symbol of the deeper service, sacrifice and unspoken horrors of war that truly bind those who have borne the battle.